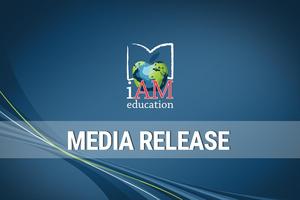 Skills Ontario hosted a new virtual competition this school year called the Junk Drawer Races. These races were grade-based and included a Gravity Powered Robot Walker Race, Cardboard Car Race, Paper Glider Competition, Hydraulic Crane Challenge as well as a Cardboard Hovercraft Race. Skills Ontario provided students with a list of approved materials and guidelines in order to participate in the competition and determined which school team advanced. It was up to the students to determine the design of their project and to work through the challenges in order to propel their device the farthest or lift the most weight.
Many students across the school board participated in the competition with four of the teams advancing to the provincial finals. AMDSB schools had to compete in the Western region of Ontario, which included Windsor, London and Waterloo, in order to advance to the provincial round.
Students at Howick Central Public School in the Grade 3 class created a gravity-powered robot walker. A team of four, including Max, Riley, Kyle and Reese, were the most successful in their class with their robot ‘walking’ over 50 cm. One of the things that contributed to their success was the creation of many robots. “The most challenging part of the competition was designing and creating a whole bunch of robots to try to make one work,” said Kyle. The students had to troubleshoot to determine how to get the robot to travel sideways instead of forward. This team of four placed 2nd in the Western region and now has an opportunity to tweak their robot for another submission to Skills Ontario for the provincial round.
Listowel District Secondary School (LDSS) placed 1st in the Western region in the Cardboard Hovercraft Race. Grade 11 student, Samuel Miedema, and Grade 9 student, Isaak Wiebe, of the CASE program took on the challenge to design and build a cardboard hovercraft that would complete three 10 metre laps on a flat indoor surface using only paper, plastic and wood products along with a DC motor. Miedema and Wiebe spent many hours designing, building, testing and problem-solving throughout the process. “It took a lot of research and prototyping to make it hover and make it go straight”, said Miedema. Having the class take on the challenge allowed both Miedema and Wiebe to learn from their classmates. “We learned from other students’ mistakes and that helped us make a better prototype”, said Wiebe.
Along with the hands-on project, all of the students were required to complete a mandatory safety checklist, a skilled trades quiz, a design plan, and a materials list that matched their design.
Students in Grades 4 and 5 competed in the Cardboard Car Race during their science class. This competition allowed students to learn about forces acting on structures and mechanisms, along with how to optimize wheel design for distance. Huron Centennial Public School as well as Clinton Public School were successful in advancing to the provincial round through a Wildcard spot.

The teams who have advanced to the championship round will be able to tweak their existing project or create an entirely new project. Skills Ontario will once again require teams to submit a full package of materials, design and video for judging. Championship round winners will be announced March 23, 2022.
AMDSB is so proud of the effort and enthusiasm of the teams who engaged in this exciting opportunity and congratulates the top scorers who moved to the next round. Good luck!
This project was funded through the Ontario Youth Apprenticeship Program (OYAP). Jodi Froud, Pathways Coordinator, said “This competition allows students to test their technical skills to see real-world results. When we expose students to the experiential learning process and skills that relate to the skilled trades, we encourage them to seek opportunities that challenge them. This leads to exploring the possibilities that await them in high school and beyond.”
For more information, please contact:
Chera Longston, Manager of Communications and Public Relations
519-301-6363 (cell)
[email protected]
Please see 2 supporting images below.
Image 1: From left to right - Kyle Noble, Maxwell Leonard, Riley Burns (missing from picture is Reese MacEwen) from Howick Central PS holding their gravity robot walker which landed them a second place finish in the Western Ontario region.